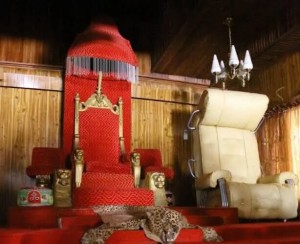 The inhabitants of Oyo town have expressed confidence in the personality of Prince (Dr) Ajibade Adedayo Aremu Adeladan of Agunloye Ruling House.They said that if he becomes Alaafin of Oyo, the town will experience unprecedented development based on his international experience and exposure.

According to Ayankunle, one of the indigents of Oyo who lives in the Adikuta area of the town. He said that Prince Ajibade is a medical doctor and he has added value to humanity, both at home and abroad, especially in Oyo where he hails. A woman that resides around Alaafin High School, who identifies herself as Iya Ibeji, said that any time Prince is in Nigeria, the community feels his presence as he usually helps the needy.

Prince Ajibade Adedayo Aremu Adeladan is a Surgeon, Neurologist and Psychiatrist of international repute.
He is from the Agunloye Ruling House, Oyo. He was born in the Town of Oyo, at the General Hospital, to Prince Samuel Adeladan and Mrs Rachel Adeladan, on Wednesday, January 4, 1961. He has worked and consulted for various health institutions both at home and abroad like :

“I’m the only one in the president race” – Tinubu