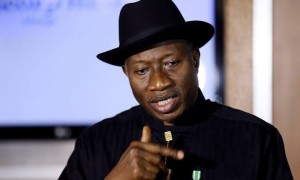 Former President Goodluck Jonathan has joined the All Progressives Congress, according to presidential aide Bashir Ahmad

Ahmad made the remark immediately after it was revealed that a Northern Group had purchased an APC presidential nomination form for the former Nigerian president.

So Goodluck Jonathan has dumped the opposition PDP and now member of our great party, the All Progressives Congress (APC).