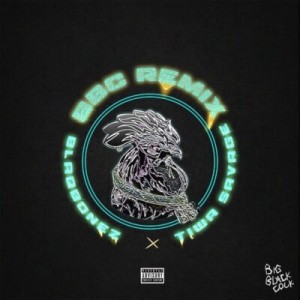 Sensational Nigerian rapper and singer, Blaqbonez is here with the remixed version of his massive number titled, “BBC” (Big Black Cock).
The original sound was released last year and Blaqbonez showered his unique flows and swift performance on the sound. Although, the remix features Nigerian musical female heavyweight, Tiwa Savage who added her nice vibes on the record.

Finally, the sound, “BBC” (Remix) might form part of Blaqbonez’ forthcoming studio body of work slated to be released this year.

Listen to “BBC” (Remix) by Blaqbonez featuring Tiwa Savage below.