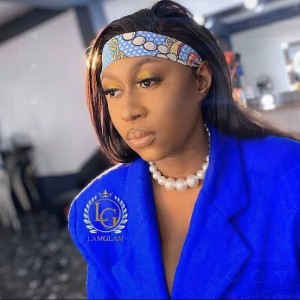 Dancehall singer, Cynthia Morgan has taken to her Instastory to share some prophecies she claimed she got from God about Wizkid, Funke Akindele, Jandor, and Popcaan.

In the post which came with the headline “November Prophecies”, Cynthia Morgan said Funke Akindele should pray against bankruptcy.

She urged Wizkid to pray for his mental health, while also telling Peoples Democratic Party’s governorship candidate, Abdul-Azeez Olajide Adediran a.k.a Jandor to pick a side ahead of the election or step down.

The dancehall singer who noted that she doesn’t have a personal relationship with those at the center of her prophecies, said the message should get to them as she has been holding them back since November 1.