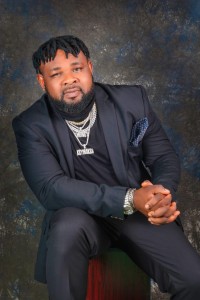 He has already made it known that his legacy is here to stay. With attention-grabbing performances across Milan and Nigeria, it’s no secret that this artist has great horizons ahead.

George Imadiyi is from Edo state.  He was born into the family of Imadiyi .

Gmoney Imadiyi is a dual-threat in the afrobeat community that has reigned supreme within the genre in recent years. The Nigerian native now finds himself located in Italy, and along the way, he has spread his distinct African sound across various countries and cities while building an even greater reputation for the fabled Imadiyi family name. Growing up, he had great respect for his native culture and incorporated the hip-hop sound from America once he witnessed legendary emcees like 2Pac, Talent of Benin, (The Idemudia) , and Lucky Dube take the world by storm with their unique understanding of the streets. Ever since Gmoney has developed a sound that blends genres and cultures while staying true to his roots with infectious rhythms and irresistible lyrics.

Signed under Keymaker record label in Milan, Gmoney Imadiyi was born in the ancient city of Benin. He has raked in several awards in Europe like: ADMA AWARD 2018 as Best indigenous Artist of the Year.

Others include EDISA AWARD as best afrobeat of the year 2019 and Edo cultural Best lyrical Artist of the Year 2020 in Roma Lazio, Italy.

On how he grew to the level he is, Gmoney Imadiyi opined that happiness and love inspired him. “I am inspired by love and happiness and Tupac Shakur, Fela Kuti and Talent of Benin ( the Idemudias) are my role models.”

“I see challenges as opportunities to move ahead. For now, I have not had my greatest moment yet. I believe I have a bright future ahead of me.”

The A.A.U Mechanical Engineering graduate in year 2008 create to start up his record label, KEYMAKER RECORDS ( www.keymakerrecords.com ) and break into the local Nigerian scene in the 2016s once he debuted with hits like “Classic Man,” which showed off his boastful rhymes over street-save production. Released in February 2016, the single took a while to gain traction, possibly received a nudge from EUROPE – issued ” REPLLCANT” (which featured his new producer ZIK ), and reached the TOP 10 Hot 100 three months later in European top songs, It eventually went double releasing a double single in 2017 (THANK GOD AND NOTICE) featuring JAYSONG. The Eephus, a two-track showcase for the Wonderland crew, was released in August 2017 with the original. The well-received album debuted at number 38 on the AFRICA BEST SONGS and peaked at number 16 on the Top Afro/Hip-Hop double single chart in Europe in 2018 he release a new single called, UKPOKPOWA featuring CHAOLIN which was leading in edo state.

By 2019 he was topping the charts in his city and building up a name for himself in Europe. He was nominated for EDISA Artist of the Year award in 2020 and the DIASPORA award for Best Artist the same year. Not to forget this, He released his debut album, “Born a Winner,” 2018 that same year, a project that appreciated his culture while expanding it far beyond. His latest album, “Edo to the World,” is an extension of these ideals while the quality of the music has significantly improved in danceability and positive energy. Now he has two songs that are shaking the world right now. ” FOR YOUR MIND”, “SHAKE AM”,  AGBANJO AND IGHO ALL SINGLES FOR 2020/2021.

In a statement obtained by Prince Fredoo Perry, Gmoney Imadiyi, advised his fans and upcoming Artists to believe in themselves, noting that the world is big for everyone to excel.

“Just be yourself and believe anything is possible.  “And there is always a space for everyone,”  he said.