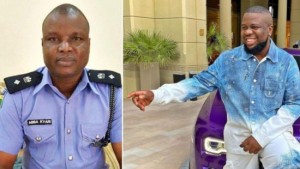 THE Special Investigation Panel has submitted its report to the Inspector-General of Police, Usman Baba, two weeks after it was mandated to probe the former Head, Intelligence Response Team, Abba Kyari, a Deputy Commissioner of Police.

The four-man panel headed by the Deputy Inspector -General of Police in charge of the Force Criminal Investigations Department, Joseph Egbunike, submitted its findings to the IG on Monday.

The FBI had claimed that Kyari detained Chibuzor at the behest of Hushpuppi for one month to enable the latter and his co-conspirators to fleece their Qatari victim of over $1m.

Following the development, the IG on August 1 recommended the suspension of the DCP to the Police Service Commission, with effect from July 31, and also set up the SIP to investigate the allegations against him.

Kyari was replaced at the IRT by Tunji Disu, also a DCP

During its sittings, Kyari appeared several times before the panel where he dismissed the allegations of conniving with Hushpuppi to defraud the Qatari businessman.

Our correspondent gathered that the SIP sessions with Kyari were relaxed and cordial, a situation that gave the DCP the confidence that he would be absolved of the allegations.

Sources said Egbunike and Kyari had a long term relationship since the former was an Assistant Commissioner of Police in the police Accounts Department where he served for over 15 years.

It was learnt that the panel submitted the report last week but it was rejected by the IG for being too lenient on Kyari.

A source stated, “The panel concluded its investigation and submitted its report to the IG last Thursday or Friday but the IG rejected it. He was not comfortable with the panel findings and recommendations.

Court orders policeman to pay N4m to the husband of his concubine whom he detained, tortured after catching them in bed