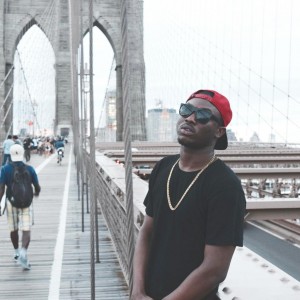 Fast-rising Rapper, singer, songwriter and afro-fusion star, Osamede Omorodion, popularly known as Osa, is the new Name on the Africa music scene and He is ready to thrill fans with his type of music, The United States based Rapper, singer and record producer, is already making wave in the states with his 2021 single “Naija Boy” produced by Calliemajik, which was released to the delight of many music lovers.

Born in Benin City Edo state, Nigeria, Osa has always been an independent Artist working alongside his childhood friends Brusky, Diamo, Hawi young, Sofaya and Yazny spending his early teenage years learning the act of creating Records. He grew up in Ikpoba Hill with his family and later relocated to the United States.

The young talented record producer who comes from a music and entertainment enthusiastic family hinted that his style of music is pure African, Osa first found success with the release of his Ep, “Black Bird” which did over five hundred thousand streams on Spotify.

Later releasing his smashing hit Music video Naija Boy which quickly attained over 100 thousand views on YouTube within the first three weeks and also currently streaming across all major television channels and radio stations across Nigeria and the United States.

‘Naija Boy’ is Osa’s lead single, it is laced with pop, EDM, and groovy Afrobeat mixed with Dancehall and a little bit of the trending African vibe, a new different sound for the world to accept and for the youths and old to relate to on an unlimited scale.

Speaking about his rising career, Osa said he developed his love for music at a tender age, from his Environment, adding that he has always enjoyed the thrill of adding emotions to music in his words.

The Nigerian born star, who is based in the United States of America, has featured on some major stage performances including internationally recognized Events. Growing up, Osa found himself experimenting with and being immersed in a range of styles of music. While in school he would coordinate the music section and play Instruments to all the pupils at the assembly ground. Watch out for ‘Osa’ this year as he plans to release more videos, music and humanitarian projects to show love to the less privileged.

Check Out More Pictures Of “OSA” Below:

Related Topics:Naija BoyOSARapper “OSA” Set to Bring His Talent to The World Stage
Up Next