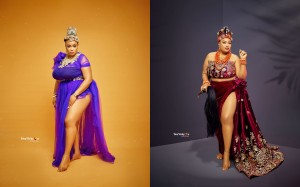 Nollywood Actress Neoma Ukpabi has said that everything that was said against her on a recently trending video were all lies fabricated by people who want to tarnish her image.

The award winning actress had recently been accused of defrauding one Favour the sum of four hundred thousand Naira N400,000, with the accuser saying the actress promised to take her abroad with the said amount but failed to fulfill her promises.

Nneoma in a recent video has said that no dime was paid to her as Favour wanted to join in a trip that was organized by a different organization but later changed her mind.

She said that problem started when Favour changed her mind knowing that a good amount of the Two Hundred Thousand Naira installment she had paid was non-refundable.

Favour involved the police and accused Nneoma of taking N400,000 from when in actual sense she only paid N200,000 to the organizers of the trip.

Nneoma said that Favour is someone she picked from nowhere, harbored and fed for two months and while also living with her, Favour cooked up those lies against her.

Speaking to OtownGist after releasing the video, Nneoma Ukpabi said that Favour’s motives are still unknown to her as she is still shocked that someone can be that ungrateful. 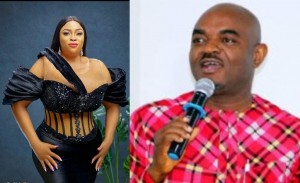 “I don’t know if she thinks she will trend, but the sad part is that media houses are even skipping her name. I don’t know if she has some people promising her heaven and earth, but I know that all of them put together cannot make an opponent for me”, she said.

In the video Nneoma said she is giving the accuser one week to come out with full evidence of the four hundred thousand Naira fraud, or be ready for legal actions.

On the suspension by the Actors Guild of Nigeria, the Imo State born actress said that she will not be the judge on her case, calling on the AGN disciplinary committee to also provide the evidence of the fraud that led to her suspension.

Refusing to comment on the swiftness of the AGN National Chairman Emeka Rollas in posting the video on instagram, she said that it is a story for another day and she is presently consulting her lawyers on the next line of action.

If Your Spouse Is Loyal, Submissive, And Supportive, Not Because Of You But Because That’s Who They Are – Bro Effizy