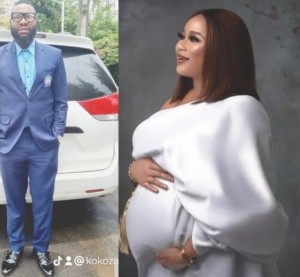 The right-hand man of MC Oluomo, announced the good news of his child’s birth, minutes ago.

Koko Zaria, however, didn’t disclose the sex of his child.

The birth of their new child is coming almost 4 years after they lost their twins.

It was reported in 2018 that, Koko Zaria, and his first wife, Oyinda, lost their set of twins, on Thursday, in Oshodi, Lagos.

According to inside reports, the twins were conjoined and delivered at a hospital at Owoseni Mafoluku, Oshodi. They, however, died few hours after their birth.

Confirming the report in a post on her page, the wife thanked God for the gift of life.

“All glory n adoration goes to my creator,the man that created me for a reason.I will forever give thanks to you,for u did wat is above my knowledge giving me another chance to live again.Though it’s painful to have lost twins pregnancy of 9months but I give you all d glory n adoration for saving my life.You alone knows?the best,once again OBAONISEARA????am grateful????.
Erundupe lojooju???
Oyindamolaolope 2018???
Momooreoluwa???” 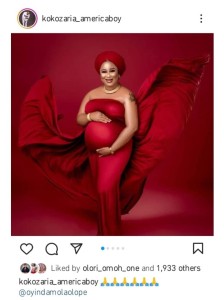